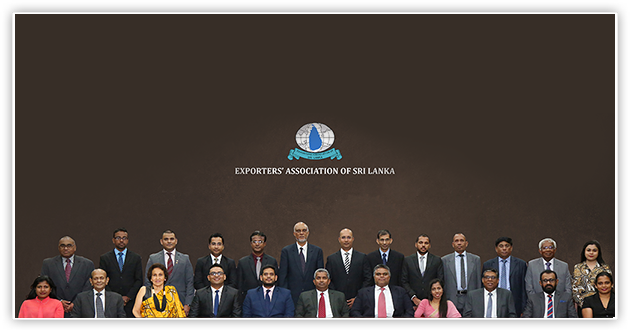 In 1973, Chamber Members who engaged in individual export trade initiated the formation of the "Export Section of the Ceylon Chamber of Commerce.

In 1987, the Export Development Board formed the Federation of Exporters Associations of Sri Lanka (FEDEX), which was an umbrella organisation of major export product specific associations.

Since it was understood that there has been duplication of activities, it was decided to merge these two associations. As a result, the Exporters Association of Sri Lanka (EASL) was inaugurated on August 22nd, 1997.

The formation of the Exporters Association of Sri Lanka brought a wide spectrum of export sector, under one umbrella, and a strong platform was built to discuss and make representations on issues affecting the Export Trade more importantly with one voice. The Association now represents around 1000 exporters through direct and indirect membership and contributes to over 80% of the total exports of the country.

Since the inception the Association is promoting and protecting the common interests of Members while contributing to the growth of the economy of Sri Lanka.

Initially the Membership of EASL was exclusively for Members of the Ceylon Chamber of Commerce. However, during a Special General Meeting of the Association, held on July 24, 2001, a resolution was passed to enable Members of Product Associations to also become eligible Members of EASL.

As such. Membership of EASL is open to the following:

Solution by Nidro IT Solutions.